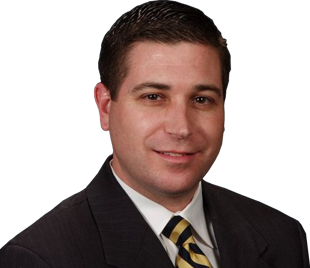 The Five Types of Spousal Support
In Virginia, the courts are able to award spousal support (sometimes also referred to as “alimony”) in the following fashion:
1. Lump sum award;
2. Periodic payments;
3. Rehabilitative support for a fixed period of time;
4. Reserving the issue and right to ask for support at a future time; and/or
5. A combination of some of the 4 types above.

A. Payor’s Income multiplied by 28%; (if no minor children then by 33%)
B. Payee’s Income multiplied by 58%; (if no minor children then by 50%)
C. Line A minus Line B equals proposed Spousal Support.
This formula is used predominantly at a temporary support hearing (Pendente Lite hearing) in Virginia Circuit Courts during the preliminary stages of a divorce proceeding and also in the Juvenile and Domestic Relations Court when one party petitions the Court for support but there may not yet be grounds to file a divorce matter in Circuit Court. The goals of the court are quite different at a temporary support hearing than at a final divorce trial. In the early stages of a divorce case, the courts will often look to the guidelines to preliminarily settle the issue for the many months it may take the parties to prepare the case for trial. The parties often have very little time to present a case at a temporary support hearing and the courts are often not interested in all of the fault-based issues of the parties at this stage. It is more a matter of stabilizing the case until the final divorce trial at which point the courts are more likely to hear all of the evidence that led to the destruction of the marriage and any fault based grounds that may exist, and it is at that point that a Circuit Court will then be in a position to award Permanent Spousal Support.

Permanent Spousal Support – the “13” Factors
At a final divorce trial, the courts will look to the 13 factors as outlined in Virginia Code § 20-107.1. In addition to the 13 factors listed below, the courts will also look to the fault of the parties as well. It is important to discuss the specific factors of your case with an attorney because it is not as simple as looking at these 13 factors and/or the guidelines in determining an amount of a spousal support award. For example, if there is adultery on the part of the party petitioning the court for spousal support, this “fault” can be a bar to receiving any spousal support whatsoever. It is important to discuss your case with an attorney to properly prepare the case – or in some cases, negotiate, as that may be the best option in certain instances.

Virginia Code § 20-107.1 states in part, “The court, in determining whether to award support and maintenance for a spouse, shall consider the circumstances and factors which contributed to the dissolution of the marriage, specifically including adultery and any other ground for divorce under the provisions of subdivision (3) or (6) of § 20-91 or § 20-95. In determining the nature, amount and duration of an award pursuant to this section, the court shall consider the following:

1. The obligations, needs and financial resources of the parties, including but not limited to income from all pension, profit sharing or retirement plans, of whatever nature;
2. The standard of living established during the marriage;
3. The duration of the marriage;
4. The age and physical and mental condition of the parties and any special circumstances of the family;
5. The extent to which the age, physical or mental condition or special circumstances of any child of the parties would make it appropriate that a party not seek employment outside of the home;
6. The contributions, monetary and nonmonetary, of each party to the well-being of the family;
7. The property interests of the parties, both real and personal, tangible and intangible;
8. The provisions made with regard to the marital property under § 20-107.3;
9. The earning capacity, including the skills, education and training of the parties and the present employment opportunities for persons possessing such earning capacity;
10. The opportunity for, ability of, and the time and costs involved for a party to acquire the appropriate education, training and employment to obtain the skills needed to enhance his or her earning ability;
11. The decisions regarding employment, career, economics, education and parenting arrangements made by the parties during the marriage and their effect on present and future earning potential, including the length of time one or both of the parties have been absent from the job market;
12. The extent to which either party has contributed to the attainment of education, training, career position or profession of the other party; and
13. Such other factors, including the tax consequences to each party, as are necessary to consider the equities between the parties.” Virginia Code § 20-107.1(E).

There is nothing in the Code of Virginia that specifically states that if a couple was married for “X” number of years, then the receiving spouse will be awarded spousal support for “Y” number of years. However, there are certain factors or guides that are very helpful in gauging a likely amount of time a person could argue are appropriate in a permanent spousal support award. For example, if a couple were married for five years or less, it is possible that no permanent award of spousal support will be decreed. This is of course very fact specific and can vary case to case. In a short term marriage, the courts are less likely to burden the paying spouse with long term spousal support – however, there could often be an award of limited or temporary support. Further, if there is a large disparity of income between the parties, courts will often look at this factor in determining a support award. Regardless of the length of marriage, the courts are still required to look at the 13 factors above.

For longer term marriages (between 6 and 19 years), if the receiving spouse qualifies for support, it would certainly be reasonable to expect to be entitled for support for at least half the length of the marriage or longer. Again, each case is fact-specific and the courts must find that the appropriate factors exist.

With long term marriages (over 20 years), and assuming the spouse qualifies for spousal support AND there isn’t “fault” on the part of the receiving spouse, it is realistic to argue for support until death of either party, remarriage of the receiving spouse, or clear and convincing evidence of cohabitation with another in a relationship analogous to marriage for twelve months or longer.

Final Words on Spousal Support
This can be an extremely complicated and emotion-filled issue during a divorce. It cannot be stressed enough that support can be at the discretion of an individual judge and it can be very hard to predict how a judge will rule in a particular case. The factors listed in the Virginia Code, as well as the general guidelines above can be a good place to begin analyzing the issue. However, whether or not the case is at a temporary support phase or at the final divorce trial, can have an impact as to how spousal support will be viewed by a judge. On top of that, fault in a divorce case and many other factors can significantly alter the result of any case. Consulting with an attorney who is educated in this area is strongly advised. It is not just how to present the case that is important – and sometimes the advice that is most important is “what not to say”. It is important to discuss your case openly and honestly with your attorney so that this issue can be presented in the best light possible – or in certain instances, negotiated in the best way possible. There are no absolutes in any Spousal Support case and there is no substitute for getting good advice on your particular case with your particular set of facts and circumstances.